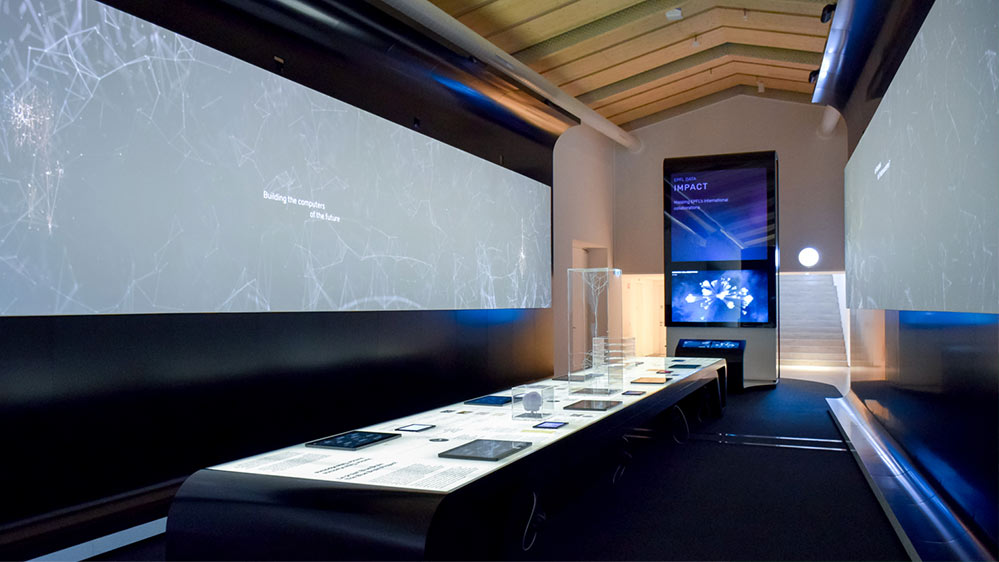 See it live at the Data Square exhibition at EPFL
in Lausanne, Switzerland 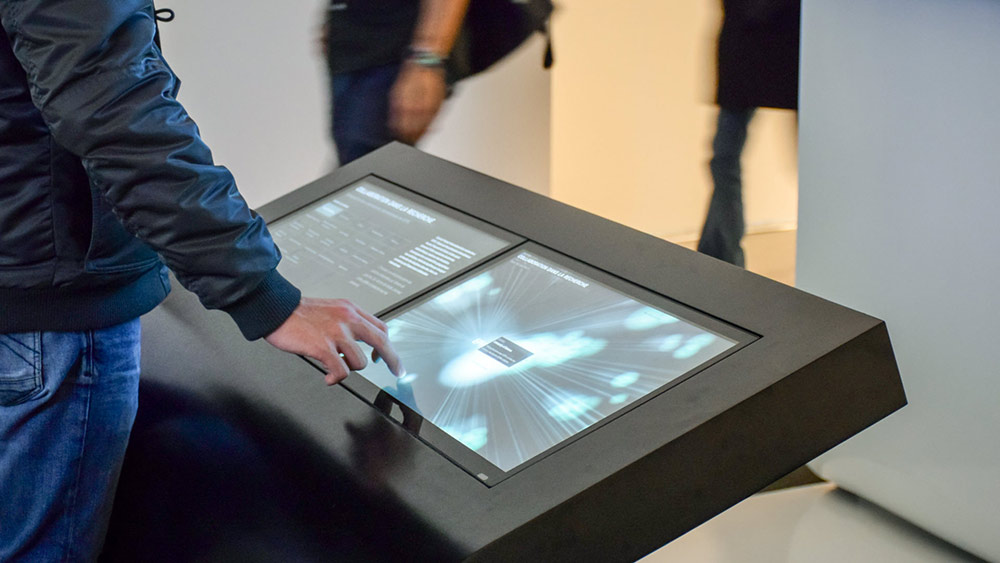 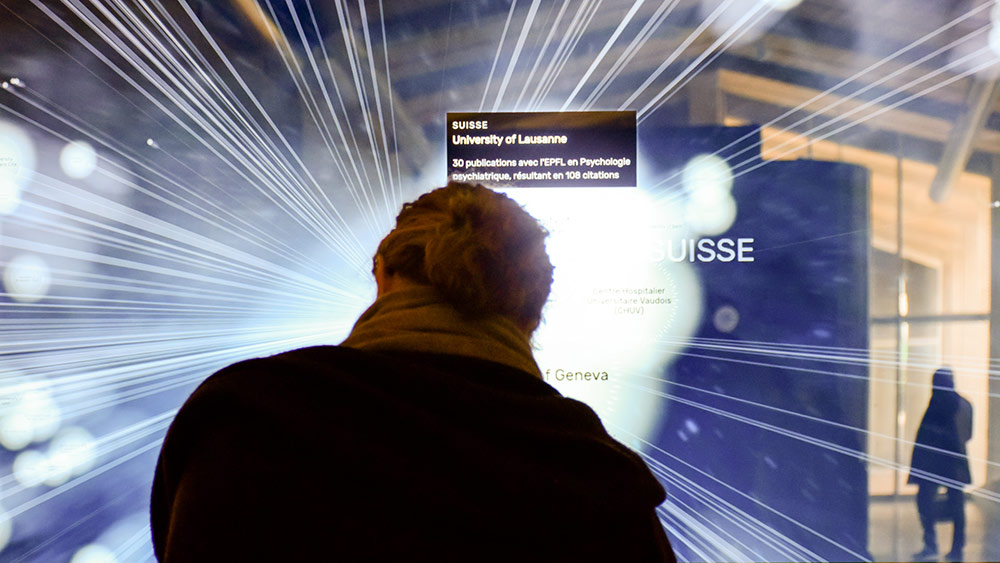 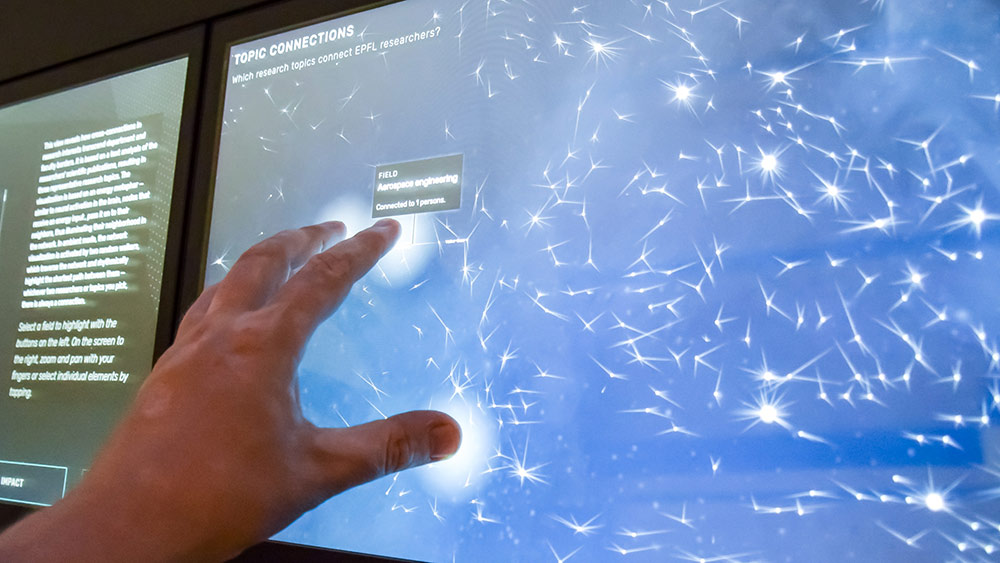 The EPFL Data Monolith presents the wealth of data the École Polytechnique Fédérale de Lausanne has collected about themselves. The staff and the students, the researchers and their topics and the impact the university has in world-wide collaborations becomes visible.

The installation itself is housed in an over 4 meters tall custom-built column, containing two 24" touchscreens, one large 4k display and a back projection. Standing in front of it, people can explore the data either on the touchscreens directly or by watching a high-resolution version of it on the large "wall"-display.

All data is separated into three aspects: PEOPLE, TOPICS and IMPACT.

PEOPLE explores the individuals studying and working at EPFL, but also its further impact in world-wide education through online courses (MOOCs) and its impact on the surrounding economy through newly funded start-ups.

TOPICS shows the neural-like network of university researchers and their research topics.

IMPACT depicts the collaborations of those researchers with other universities and resulting publications. And, of course, their impact on science as a whole.

All visualizations share a touch-based interaction paradigm. The monolith switches to a more ambient mode where the data is explored by the machine itself when nobody has been interacting for a while. 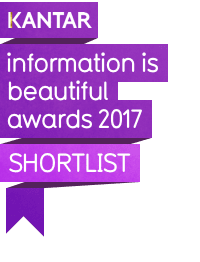